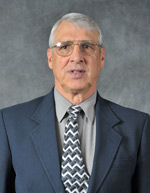 F. Lynn Willard, a Kansas native,was born in Wichita, grew up on a ranch and attended High School in Madison and then Kansas State University where he received his DVM degree in 1969. He married Donna Lindsay, his high school sweetheart in 1965. Following college he joined the United States Air Force and was stationed at Kirtland Air Force Base in the early 1970’s. He joined the Webster Animal Hospital in Roswell and after two years, moved to Ruidoso and started the Ruidoso Animal Clinic in 1973. In New Mexico, Dr. Willard has been involved in many organizations and activities. He has been the President of the New Mexico Veterinary Medical Association in 1979-1980 and President of the New Mexico Academy of Veterinary Practice in 1978-79 and 1982-83. He was the NMVMA Veterinarian of the Year in 1983. Dr. Willard was a speaker at the Western Veterinary Conference in 1987. In Ruidoso, Dr. Willard has been a Municipal School Board member for 10 years and President of both the Ruidoso Lions Club and the Ruidoso Rotary Club. He was President of the Chamber of Commerce in 1976 and was elected Citizen of the Year for the Ruidoso Chamber of Commerce in 2001. He has a passion for Big Brothers and Big Sisters and has been President of the Lincoln County Big Brothers for several years and has been a Big Brother for over 10 years. Dr. Willard has been Chair of the Community College Board of the Eastern New Mexico University Ruidoso Branch for 5 years and recently was elected President of the ENMU Ruidoso Foundation. Dr. Willard was recently invited to be a representative of the South West Veterinary Symposium Continuing Education Committee and will serve a 3 year term. He continues to enjoy part time small animal practice, trail riding and various sport activities. He is married and has 3 grown children and 3 granddaughters. 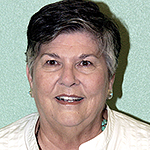 Sandy Gladden has served for many years on the ENMU Alumni Association Board of Directors and held the offices of president and secretary. Gladden also helped found the Ruidoso Alumni “Un-club” and has assisted the members in raising funds for an annual ENMU scholarship benefiting a local student. In addition, she has been an unofficial ambassador of goodwill to students in our area and has represented Eastern in an exemplary manner in her professional contacts throughout the state. Gladden graduated from Eastern in 1972 with a bachelor’s degree in special education and elementary education. She completed a master’s degree in special education and diagnostics from New Mexico State University in 1980, and she earned Educational Administrative Licensure in May 1982. Mrs. Gladden served as facilitator for the Ruidoso community-based initiative that resulted in the establishment of ENMU-Ruidoso. She was selected by the Commission on the Status of Women to receive the Governor’s award, “Outstanding Women of New Mexico” in 2000. The New Mexico Coalition of School Administrators selected her as the “New Mexico Administrator of the Year” in 1994. Gladden received the 2002 Outstanding Alumni Award as presented by the ENMU Alumni Association. She also served as the founding Executive Director of Region IX Education Cooperative for many years. 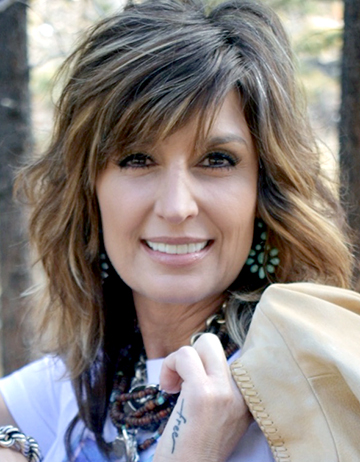 Leslie Sisk is a graduate from Eastern New Mexico University-Portales, New Mexico, with a Bachelor of Science degree in Agricultural Business-Business Administration. She’s the owner of Gypsy Hounds, a fashionable women’s boutique and retail establishment in Ruidoso. Past employment includes Abbott Laboratories, Albuquerque, New Mexico, where she was consistently ranked in the top 25% of the national sales force in specialty sales. Sisk was a dynamic, high performance sales representative with a proven ability to maximize sales and growth of market share of promoted products through prioritized sales presentations. Before moving to Albuquerque she was employed by Novo Nordisk in Pueblo, Colorado, as a Professional Sales Representative, some of her responsibilities included the administrative responsibilities of Development and Management of designated territories. She was Director of Marketing for Columbia/HCA Hospital in Carlsbad, New Mexico and served as Conference Coordinator for the Chamber of Commerce in Carlsbad and Director of Operations for the Chamber of Commerce in Portales, New Mexico. She has served as a Foundation Board Member at Eastern New Mexico University-Ruidoso for three years. 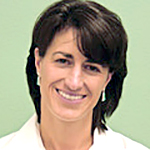 As General Manager at Zia Natural Gas Company, Wyoming Gas Company and Natural Gas Transmission, Leslie Graham is responsible for overseeing the operations of three utilities located in Wyoming and New Mexico. More specifically, she is responsible for supervising the operation and maintenance of the utilities, the customer service operations, accounts payable and receivable, the construction programs and regulatory compliance under New Mexico Public Regulation Commission, Wyoming Public Service Commission and the Pipeline and Hazardous Materials Safety Administration rules and regulations. Graham is also involved in preparing an annual operating budget for all three entities as well as long term business planning. Finally, Ms. Graham has been directly involved in the growth of the company both through system expansion and acquisitions. She serves in the New Mexico Gas Association, Rotary Club of Ruidoso, American Institute of Chemical Engineers, Society of Petroleum Engineers, Colorado School of Mines Alumni Association and Pi Beta Phi Alumni Association. 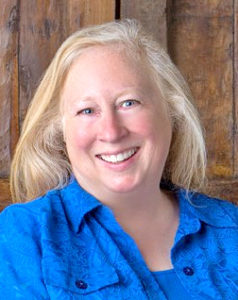 In addition to continuing to teach online for ENMU in the last few years Cheri LaCounte has been providing distance and online training, support, and services through her company High Tech High Touch LLC. Most recently, and in response to the coronavirus pandemic, LaCounte was privileged to be invited to work with an exceptional team of regional and state professionals to successfully move the New Mexico Advanced Placement Summer Institutes (NMAPSI) online. The June 2020 NMAPSI successfully supported almost 500 AP educators from around the country. Due to continued demand following delivery of two excellent weeks of Institutes in June, a third and fourth week of NMAP Summer Institutes are being offered in July of 2020. 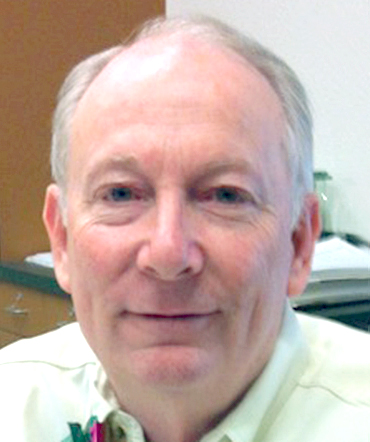 Dr. Clayton Alred is the immediate past president of Eastern New Mexico University – Ruidoso Branch Community College, a position he held for eight years. Prior to joining the Ruidoso campus, Dr. Alred worked for 30 years in multiple administrative positions at Odessa College, Odessa, Texas. His January 2018 retirement came a the end of a forty-year career as an educator. From the start of his professional life as a junior high school science teacher through his service as a community-college president, he has stood as a staunch advocate for students and worked to eliminate barriers to their success. In addition to his bachelors and masters degrees, he holds a doctorate degree from the Community College Leadership Program at the University of Texas at Austin. Dr. Alred and his wife, Catherine, recently celebrated their 45th wedding anniversary, and are the parents of two children, Steven and Mollie, both of whom are married. 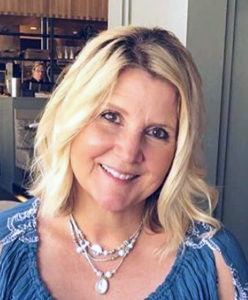 ENMU-Ruidoso Foundation Board member Denni S. Cheney is a native New Mexican now living in Ruidoso. Born in Albuquerque, Cheney graduated from Albuquerque’s Cibola High School before attending and graduating in 1986 from New Mexico State University-Las Cruces with a bachelor’s in Business Administration and Marketing. She was president and CEO of The Bridge of Southern New Mexico from 2015-2016. Other professional positions include The Equitable Financial Service Company, where Cheney served as a registered represent and assistant manager from 1986-1990. In 1990, she traded full-time employment for full-time duties as mother. In addition to serving the ENMU-Foundation Board with husband Mike, Cheney has been president of the NMSU President’s Associates Scholarship Board, as president of the Chi Omega Sorority Housing Corporation, as a volunteer of the Tough Enough to Wear Pink Campaign, and as volunteer of the Philanthropic Educational Organization in Hobbs. 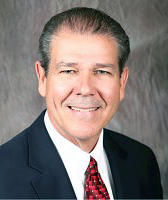 New Foundation Board member Michael Cheney has lived in eight communities across New Mexico. Today he calls Ruidoso his home with his wife Denni. Previous addresses include Hobbs, Las Cruces, Albuquerque, Corrales, Belen, Alamogordo and Farmington, before retiring to Ruidoso. He graduated from New Mexico State University-Las Cruces with a bachelor’s in Business Administration and Finance, and studied further with the Norwest Banks College of Commercial credit in Minneapolis, NM, and the Western States School of Banking, located in Albuquerque. His career, mostly spent in banking, spans 36 years. He was a regional president with Wells Fargo Bank from 1994-2011, Bank of the Rio Grande’s Southern New Mexico president (2011-2012), COO of Healing Source Chiropractic with offices in Las Cruces and Castle Hills Chiropractic in Lewisville, Tex. (2016-2016), and Senior Vice President, Special Projects Manager with First American Bank in Ruidoso (2019-present). Cheney opened Win, Place & Show Bar & Package Store on Sudderth Dr. in 2018. His extensive community service includes the NMSU Board of Regents (2011-2018), the Greater Las Cruces Chamber of Commerce Board of Directors, the Arrowhead Research Park, the New Mexico Amigos (2005-2017), the San Juan Community College Foundation, and the San Juan United Way. 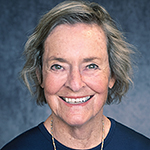 Clara Farah, Ph.D. is a licensed clinical psychologist who teaches classes on aging and positive psychology through ENMU-Ruidoso Community Education Department. She is currently Chair of the Policy Advisory Committee for the NM Department of Aging. Clara is committed to community development both in Lincoln County and in New Mexico.