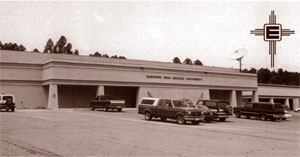 Special thanks to Dr. Cynthia Orosco for her contribution researching and developing this content. Additional research and proofing by Lisa Maue.

The story of ENMU-Ruidoso is extraordinary. It is a story of highs and lows, false starts, unexpected windfalls, fortuitous events and decisions. Successes have largely been celebrated in-house, but those successes have never been the basis for the campus to rest on its laurels.

As early as the 1940s, college classes were held in Ruidoso, New Mexico. A county-wide survey, conducted in 1983 by Eastern New Mexico University, confirmed that the residents wanted a local college that would offer both academic classes and vocational training. By 1989, several local organizations including the Ruidoso Board of Education, Ruidoso Rotary Club and local ENMU alumni, secured a commitment from ENMU to establish an off-campus center in Ruidoso. By 1991, ENMU-Ruidoso was a reality. Initial funding was secured through the state legislature. Community efforts culminated in a mil levy passing in a three-to-one favorable vote. The growing impetus for a new college resulted in another vote four years later with a 9-to-1 voter approval to increase the mill levy from 1 to 2 mils.

Dr. Jim Miller Jr. was hired to tackle the unique challenges of starting a college from scratch in a rural community dominated by out-of-state and tourist discretionary income and defined through its unique geography and cultural diversity. To get started, Dr. Miller rented an existing building on Sudderth Drive. Two hundred eighty-three students registered for the first semester, and classes were held at night at various locations including Ruidoso High School and the Coronado Center. Community education classes like “Elk Bugling” were held in businesses like Wilton Howell’s garage (now Season’s Nursery).

In 1994, the Dale Walthall family offered to donate their former True-Value hardware store at 709 Mechem Drive, and with financial help from ENMU, ENMU-Ruidoso moved to its new location. After renovation, the campus consisted of administrative offices, a library, a reception area, computer lab, one classroom and a conference room. The price tag for the land and building transfer totaled $28,000 of taxpayer money that was quickly repaid by ENMU. Over the years, ENMU-Ruidoso underwent several changes. Classrooms were set aside for ITV classes, allowing students to obtain upper division and advanced degrees from ENMU via television and the computer lab was expanded and additional computers were donated to Mescalero and senior citizen centers throughout the county for use by ENMU-Ruidoso college students. Classes continued in businesses after hours in Capitan, Carrizozo, Corona and Mescalero. An adult literacy program was inherited from the Altrusa Club of Ruidoso in 1997. A GED program was set up a year later. Because of the difficulty of the tests and the fact that many candidates have been out of school for extended periods of time, ENMU-Ruidoso required classes and preliminary tests through Adult Education before anyone could sit for the GED. As a result, Ruidoso has one of the highest passing rates in the state. Over half of area GED graduates go on to college.

In 2005, ENMU-Ruidoso was legislatively approved as a Branch Campus of ENMU Portales. At this time, Dr. Michael Elrod was Dean of ENMU-Ruidoso. The challenges of academic development and oversight, faculty hiring, and related academic procedures shifted to Dr. Elrod. He was entrusted with a budget separate from the main Portales campus. This autonomy allowed the college to secure emergency capital outlay funding for campus renovations that came in handy when a large section of the south wall of the campus collapsed after the unusually wet monsoon season of 2006. Renovations had been underway when the wall caved in. Projected increases in the number of students and plans for new programs necessitated the addition of classrooms, offices for faculty, lab and library space, a culinary kitchen and construction trades shop. These improvements were made possible through the political wrangling of capital improvement funds from Santa Fe.

Among the innovations in curriculum was the introduction of online classes. Students from not only rural Lincoln County but from across the world attend classes at ENMU-Ruidoso through their computers. Additional certificate and degree programs were launched in fields including construction trades, hospitality and tourism and culinary arts and natural resources. The result of these changes translated into an increase in enrollment from 600 to over 1,000 students.

The first local Community College Board, made up of local residents, was inducted in 2006. As elected officials, the board was an important component in determining the college’s future. Also in 2006, the first local graduate commencement convocation was held, and the success of ENMU-Ruidoso’s graduates was shared with the community.

Since its inception, ENMU-Ruidoso has aggressively provided post-secondary preparation and credit and life-long learning opportunities for the community it serves. It continues to partner with employers, area high school districts, state and federal workforce development departments in order to support meaningful employment, educational quality and access, citizenship and economic development. 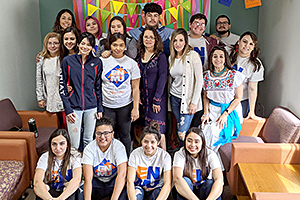 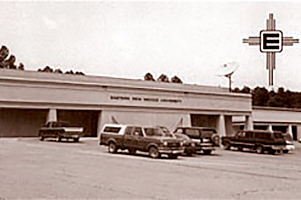 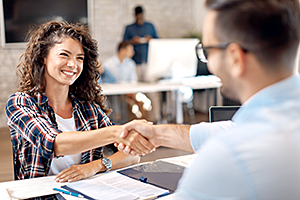